Get great contents delivered straight to your inbox everyday, just a click away, Sign Up Now
Top

I have a small obsession with having obsessions. Here are some current obsessions this week! Obsess with me…   😉

1. I went for my bi-weekly mani this week. OBsessed with this new CND Shellac color. Pink POP pink, how could you NOT love it!? It’s perfect for Valentine’s Day (and the Spring fever I’ve been having)!

2.  Robert Rothschild Raspberry Honey Mustard Pretzel Dip My SIL had this out at her house the other day, and I couldn’t stop eating it. I found some at HEB in Midland, but I noticed that they have it on Amazon if you can’t find it at your grocery store. I use those thick stick pretzels, but I’m sure you could use any pretzels! Easy Super Bowl dip? There ya go… 🙂 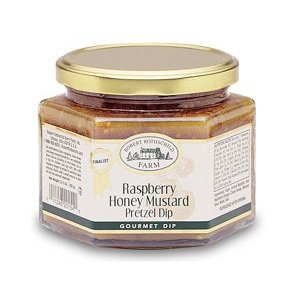 P.S. I DID NOT say it was healthy…just yummy! 3. Lemons I’ve been slicing them and adding to my water! It’s amazing how much water I can drink if it tastes yummy! Who knows…I might even make myself a yummy, salty chilton this weekend… 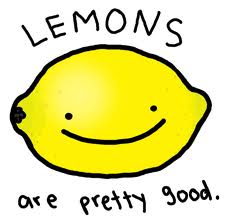 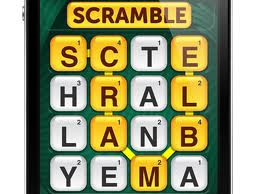 5. POP Pilates Cassey has been a L-I-F-E SAVERRRR! I have really been missing Pilates at Amarillo Town Club, and there is no where to go here. I found Cassey on You Tube and her Pilates workouts are fab-u-lous. Check her out but don’t be mad at me when you can’t walk the next day! 6. Lululemon This is kind of an always obsession, but I am lately addicted to the No Limit Tank. Seriously, I take it off after working out and wash it so I can wear it again! I LOVE it! So cute too… Happy FRIDAY! Enjoy your weekend and blessings! Facebook Comments #wpdevar_comment_1 span,#wpdevar_comment_1 iframe{width:100% !important;}

Well, I told you that I would post about the way I got my job teaching Kindergarten in my new town. I taught Kindergarten in Amarillo for 2 years prior, and LOVED it! I worked at the best school in town and had the best teacher friends and principal. I miss that place…

But, on to new and exciting opportunities! Since Brett had proposed in October, we had talked about me moving to Seminole with him and how I was going to need to tell my school that I was leaving. It was seriously the hardest thing I’ve had to do…leave a job I loved. But, I knew that I wanted to be with my new husband and create a new life together even if it meant having a new job. So, I told my principal and co-workers (and cried…and cried…and cried..) and started applying for jobs in Seminole and the surrounding towns. The problem with this was: with the budget cuts going on for teachers in Texas, it would undoubtedly going to be a struggle and/or a work of God to have a job for the upcoming year. I still applied and tried my best to find a good fit. I started the application process mid-February and there were absolutely no openings-ANYWHERE! I would check back on a weekly/bi-weekly basis and see if anywhere had posted any jobs, but no such luck. It wasn’t until May when I heard from SISD which had ONE…read again for clarity…ONE job opening. This was a 3rd grade job and they called to interview me for it. I immediately accepted the interview, but was so hesitant about such a higher level grade than I had ever taught before. Anyway, I went to Seminole and interviewed. The same day of my interview, a surrounding town’s principal called to interview me for a Kindergarten position that afternoon! I immediately thought this was the answer to my prayers, but was a little leery about having to drive to this town everyday. I went for the interview and then prayed about both jobs. Later in the week, I heard back through email from the 3rd grade position was filled and thank you for interviewing and then went back for a second interview with the Kindergarten team at the other district. It is weird how God gives you insight and peace about certain things, because when I went to this second interview, it did not feel at all right. I felt unsettled and weary the whole time I was there. I again, left and prayed that if that is where He wanted me, that’s where I would be. I could do it for a year. Anyone can do something for a year. I never heard back from the interview. I took that as God’s way of confirming that my feelings about the situation there was not a place I wanted to be. Fast forward to June…I found out that SISD posted the one and only Kindergarten opening and that I needed to apply, pronto! I was on my bachelorette party trip in Las Vegas (fabulous and fun…I have the best friends ever!) and was applying for this job from my iPhone! I just KNEW that God had opened this job for me! I just knew it!  I get home from my bachelorette weekend to find out that I have an interview with yet another school district in a town about 20 minutes away for a 1st grade position. I went to interview on Friday, and got a call from them Friday afternoon that they wanted me for the position. I was ecstatic, but also reeeaallllly wanted the job in Seminole teaching Kinder! I had a LOT of praying to do. I told the principal that I would let her know on Monday of my decision. I called and talked with my good family friend and pastor, Randy Bird, and prayed about it with him. We talked about trusting the Lord and trusting that He really did open that Kindergarten job for me. I called the other principal first thing Monday morning (the Monday before I got married) and told her my story. She cried with me as I declined the job, but she confirmed that God is opening many doors for me. I had a peace. Fast forward to the week of the wedding. Monday before the wedding! Talk about a week of fun-filled anxiety! June 20th, the same day as I had declined the other job and could possibly have NO job at all…I came to Seminole and interviewed with a panel of teachers, the principal and assistant principal. To be honest, I have no idea if the interview was even good because I just wanted to get through it and get married! I did the interview thing and then did the whole wedding week thing. My thoughts: if I get the job, great, I’m getting married and going to the beach! If I don’t get the job, I’m getting married and going to the beach! I knew it was in His hands, and if it was His Will then it would work out. Wednesday, June 22nd, I got a call…. I got the job! I was going to get to teach Kindergarten in MY town and get to do what I love! Long story short, it has been a big change from the last Kindergarten and last school I was at, but I love what I do and enjoy teaching these sweet 5 and 6 year olds! Every time I have a rough day or question why I’m here, I remember that I trusted that God opened up this job for me and that I am walking in His Will. There is no questioning that!  We went to a Kindergarten conference this week in Dallas and learned lots of new and fun ideas. That, and we got to shop and eat reeaallllyyy good. 🙂 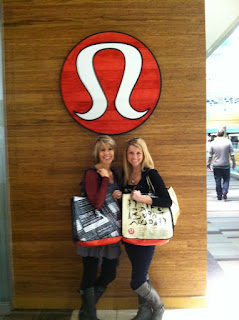 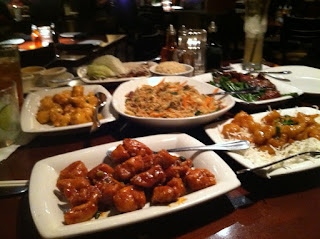 n] noun a resolve or determination: tomakeafirmresolutiontodo something.


I’ve never really made a resolution, so in 2012 my biggest New Year’s Resolution was to make resolutions! Seeing as it is over halfway through January, I figure I’ve got 11 more months to actually do these resolutions. In hopes that you guys will keep me accountable, I am making my resolutions public. YIKES! read more

Welcome to our blog! We fell in love and got married June 25, 2011 and here’s what has happened in our newlywed bliss since then… 🙂

It’s Sunday, January 22, 2012, and we are just 3 days short of marking our 7th month of marriage!  I thought I would try out this whole blog thing to keep family and friends updated. That, and I VOWED to hold true to my New Year’s Resolutions this year. #5 Start a blog.

Disclaimer: We are NOT that interesting and really don’t have a whole lot to update on…but maybe we can look back in future years to see how much we’ve done and grown. So…here goes! read more

I’m Ashlee, a Kindergarten teacher turned stay-at-home-mama of two sweet girls and wife of my college sweetheart. I’m a Texas-raised and Jesus-saved girl who loves coffee, fashion and everything lovely.

This error message is only visible to WordPress admins

Enter your name and email to receive great content directly to your inbox.